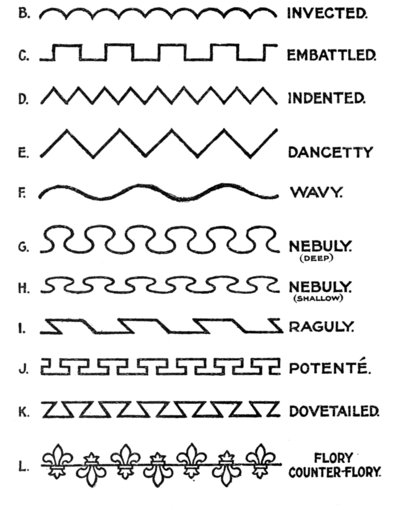 Remember “court martial” and “attorney general”? —Phrases where the adjective comes after its noun?

The term for that is postpositive. Post means “after,” and positive means “positioned.” Here’s another source saying the same thing:

These adjectives are called postpositive, but that’s not because they’re positive words. Rather, the designation “positive” alludes to their position — they’re placed (or deposited) after the word they modify, for example, the adjective extraordinaire in “teacher extraordinaire”.

I ran into a whole group of words that use this construction: heraldry! When you describe the details of a coat of arms, you use postpositive names (such as border engrailed). Here’s a chart: