At the risk of being repetitious, here’s another example of the difference between the indicative and the subjunctive.

Here’s the rule: The subjunctive is contrary to reality. Not true; hypothetical, if you will. With the indicative, you are presumably describing reality, in other words, the truth.

Dustin’s friend is not good with words, so the subjunctive, “were better” is correct. Too bad he didn’t get the girl.

The  point of a headline is to get someone to read what follows, so the more sensational, the better. I could take about any headline nowadays: newspaper, magazine article, or on-line item for an example. Expository writing has the goal of explaining as plainly and accurately as possible. So here’s an example of a headline appropriate for the day:

I leave it as an exercise for the reader to re-write a headline as a piece of good old plain exposition. Post some in the comments.

As a rule, you should put similar parts of a sentence together. For example, if a sentence has two subjects, put them together.

What happens when you don’t put them together? You get confusion!

Huh? Is “Dave” some new kind of game that Tom played? After all, it’s right next to the direct object.

That example is trivial, perhaps, so here’s an example from real life:

Access in divisional and functional areas is too broad in some systems, increasing security risks for potential misappropriation, due to IT [the Information Technology department] owning systems instead of the business areas.

Look at the part after “due to.” “IT” is the subject, “owning” is the verb, and “systems” is the direct object. What is “business areas”? I don’t think IT would be owning business areas, so let’s rewrite the sentence so you can tell that “business areas” is another subject:

Access in divisional and functional areas is too broad in some systems, increasing security risks for potential misappropriation, due to IT instead of the business areas owning systems.

That makes more sense! Go thou and do likewise.

First, look at the conversation in the third panel of Scott Meyer’s Basic Instructions:

Since we’re talking about spouses here, the issue of “his” or “hers” being the right word is a little stronger than it would be in a lot of other contexts. On one hand, in this context he’s talking about his wife. And on the other hand, he wants to make his statement tactfully general. And on the third hand, Scott is somewhat constrained for space, so “their” fits better than “his or her.”

Now look at panel three’s heading. Same problems. Scott doesn’t have much room, and he doesn’t know whether your spouse is male of female. So even though the topic is spouses, which is reasonably gender related, which would make “his or her” appropriate, he chose “their.”

Writing can get tricky sometimes, eh?

I dare say this Boomerangs comic speaks for itself…

Do I need to belabor the point? Tech writing should be so plain and clear that you don’t notice the writing! Send for that five critical techniques for good writing document I mention in the column on the right if you don’t believe me, or if you want some good advice. 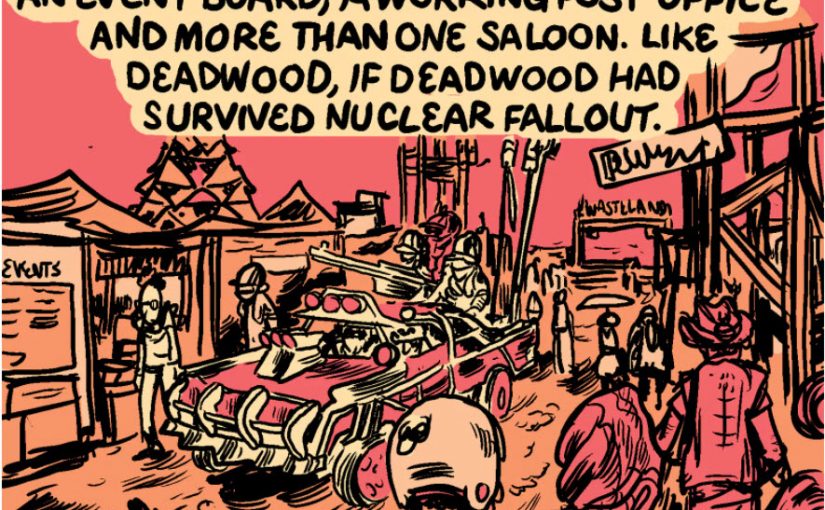 I suppose this is another one of my pet peeves. Enormity means “extremely bad,” not “extremely large.” ‘Nuff said. 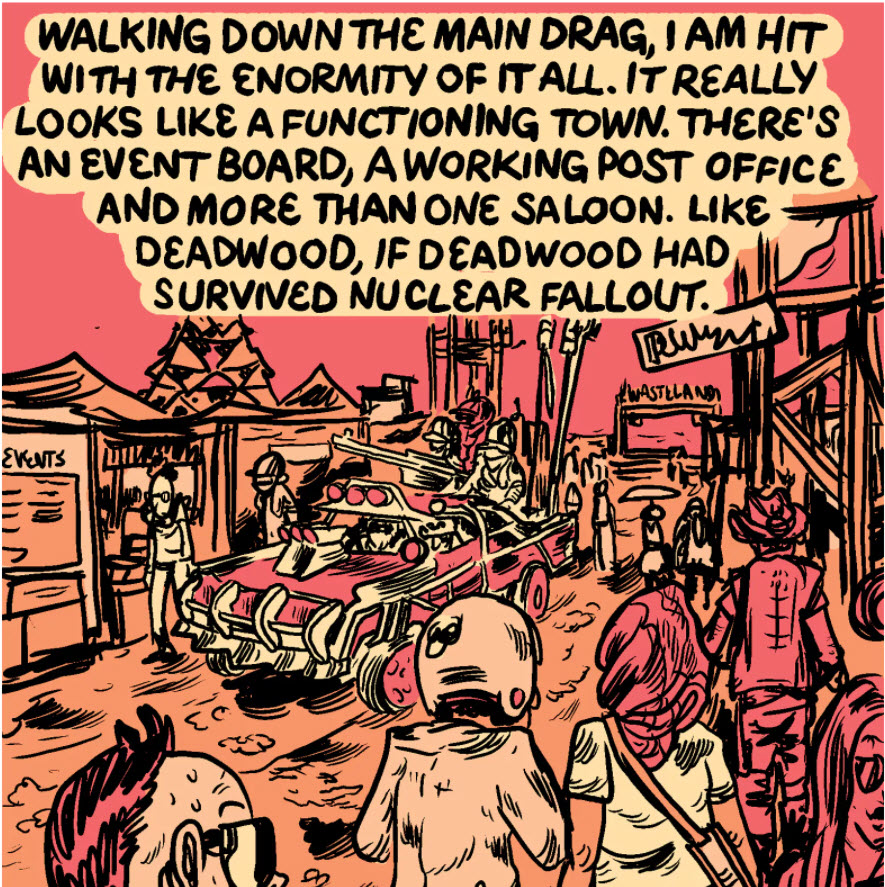 This is most of one panel from a longish narrative about a visit to a post-apocalyptic—well, here’s the link. Not my kind of adventure, but at least he got “enormity” right.

That headline is a bit strong, but I want to keep the title to this post short.

Here’s a comic that illustrates a point I made in that post about false subjects; the weather can have a false subject:

Mr. Bucket’s hair looks funny drawn from the back.

(There ain’t no such thing as passive aggressive, but you know that.)

Here’s the rule: Try never to use the passive. No joke!

English is replete with words that are pronounced the same, but spelled differently, and have different meanings. Peek and peak, for instance. We call these homonyms. Here’s another one, not as common, perhaps, but I still recommend you get these right:

Thank you, Hägar the Horrible.

The protagonist in Darren Bell’s strip Candorville is a writer. Hence, like me he’s somewhat of a grammar curmudgeon. Darren must figure that this lesson needs repeating, because I’ve seen this conversation before.

He’s absolutely correct, too.  Myself, I prefer to shop at grocery stores whose express lane says “15 or fewer items.”