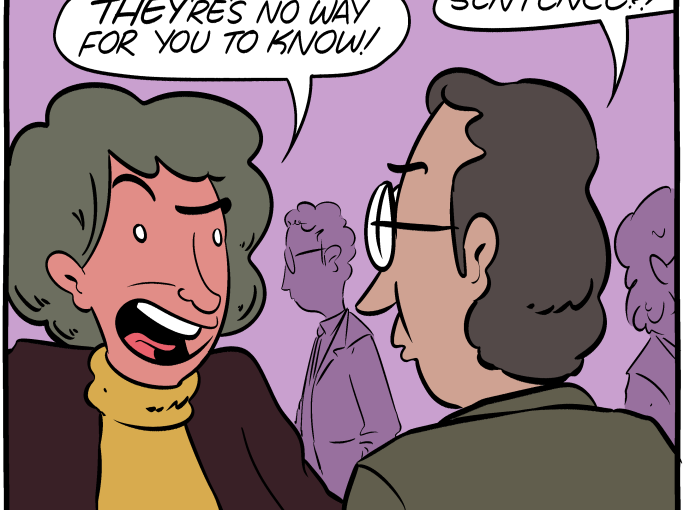 Here are the rules:

Okay, take a look at this:

However, the Coppersmith’s algorithm allows quite a lot of flexibility. Tom, you can’t do that!

Easy enough. Now how about this one:

(British spelling. Ignore that). The sentence starts with “to.” Prepositional phrase, right? Well, no. It’s actually an infinitive. Infinitives are verbs. If it has a verb, it’s a clause. So I could rewrite this as:

Fewer than five words, still gets the comma. If fact, look at a sentence I just wrote:

“Has” is a verb, so you have a clause. A lot of introductory clauses start with words like “if” and “when.” We call them introductory adverbs. In fact, if you got rid of that introductory adverb, you’d have a complete sentence, which requires a period, not a comma. If you write:

Get rid of that comma! Use a period! Two independent sentences separated by a comma is called a comma splice, and that’s a no-no.

Sorry—it’s pretty hard to find a comic about commas.

PS—Wouldn’t you know! I ran into one at Saturday Morning Breakfast Cereal: 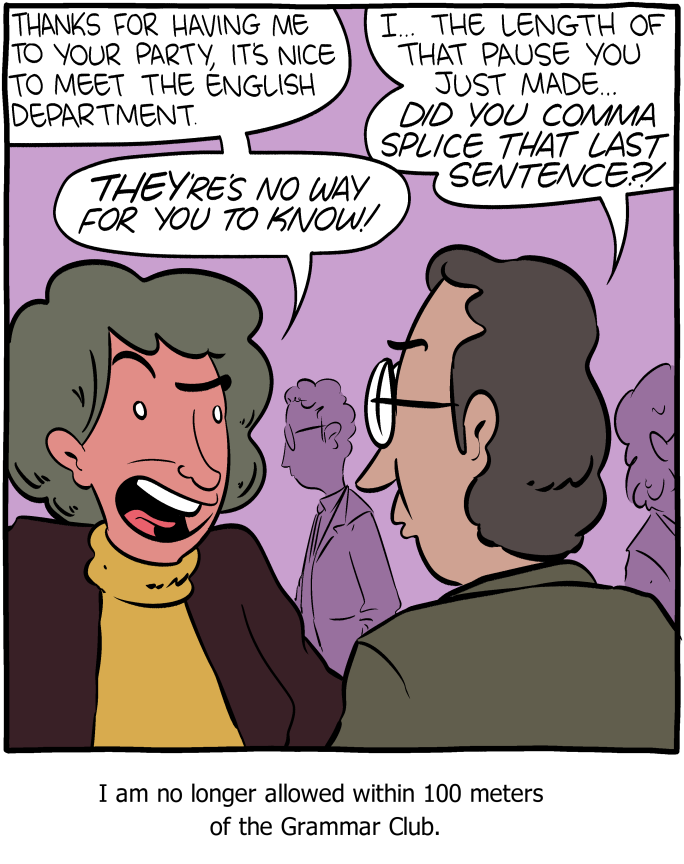