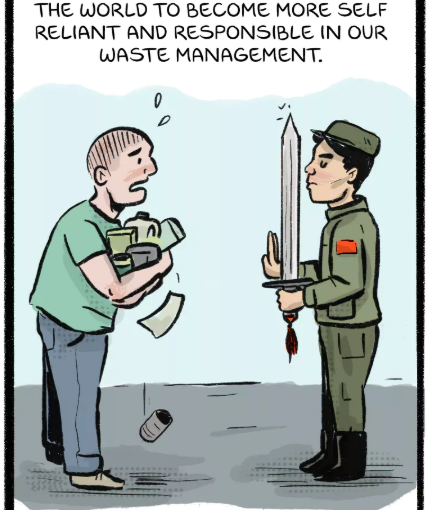 Perhaps best explained with an example:

China has changed that market dramatically, and their decision has forced the rest of the world to become more self-reliant and responsible in our waste management.

So what do you call it? Person agreement? Personal coordination? How about clear instead of confusing?