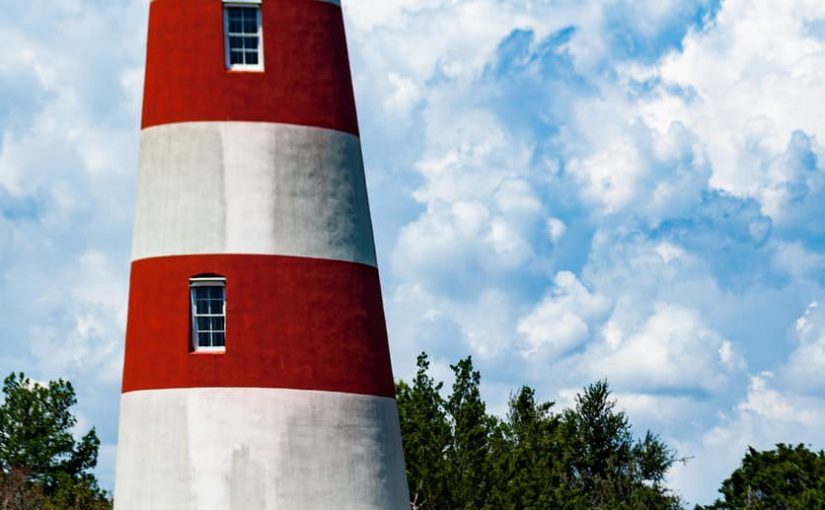 The Sapelo Island Lighthouse is the second-oldest brick lighthouse in the country dating back to 1820.

Here’s a picture of the lighthouse:

Sometimes you use a phrase (no verb) or a clause (has a verb) to describe something. When you separate that description from what it describes with a comma, we call it non-restrictive. It’s an aside. No comma? Then it’s restrictive, part of the definition of what you’re describing.

That’s a little bit tricky to follow, so let’s look at that sentence about the lighthouse.

It’s the second-oldest brick lighthouse in the country. So far, so good. But what about “dating back to 1820”?

The first bullet is restrictive, part of the definition. Apparently we have lots of lighthouses that date back to then, and this is the second oldest. Seems unlikely.

The second bullet merely adds some information about the lighthouse; it dates back to 1829. It’s non-restrictive.

What a difference a comma makes!