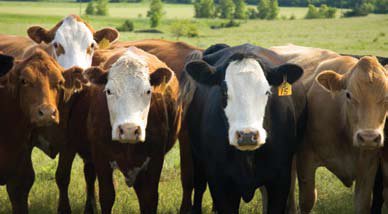 I’m not talking about ordinary single words such as “fish,” which can have a plural meaning.

Two phrases just occurred to me that are singular, but always connect to a plural meaning.

I just read a news item about an auto accident. The last line said ” Next of kin has been notified.” “Has” is singular, and it doesn’t sound right, because we presume that people have more than one next of kin. (Ahem. Unless we say there’s only one.) Another example: “My next of kin are in Ireland.” You wouldn’t use the singular verb in that sentence, would you?

And cattle is plural, okay, but it’s the object of the preposition. “Head” is a singular, and I have never heard the phrase used to refer to one bovine without spelling out the number. (Mah kid’s whole herd is one head that he got from 4-H.) Farmer Jones always means more than one when he says “head of cattle.” And he never says “heads of cattle.”

Can you think of any other phrases that are singular but mean plural?