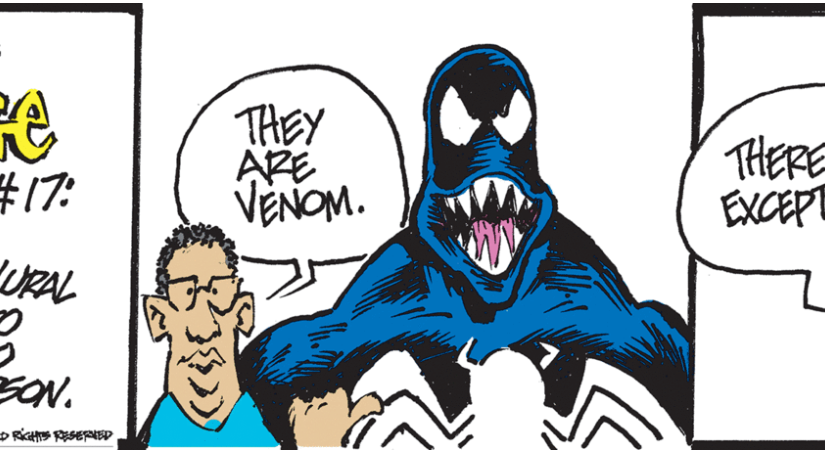 Since I’ve mentioned this problem before, I’m posting today mainly to show the comic.

English has a weakness in that it doesn’t have a singular personal pronoun that doesn’t show gender. All we have is he, she, and it, so people have been using the plural, they, for centuries (!) when they don’t want to (or can’t) show gender. That’s been long enough that it ought to be okay to use “they” for a non-gendered singular, but it’s just illogical enough that it doesn’t appeal to English teachers, so we have the  continuing issue.