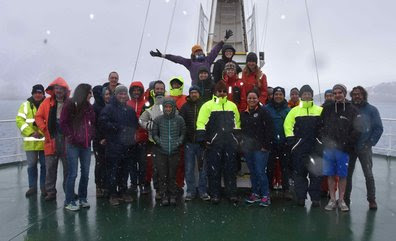 My peevishness is aroused when people use transitive verbs as if they were intransitive, particularly “display” and “complete.”

Back to jargon: That word “something” is called a direct object, and transitive verbs always have one. Intransitive verbs don’t have to have one: you can think, you can suppose, you can walk, you can appear or disappear (in a puff of smoke, perhaps), all without having to put something after them. That’s intransitive.

Here’s an article where they (The National Oceanography Centre in the UK) do it wrong in the headline, then do it right in the article (with a different verb, but you get the point):

The first COMICS expedition reached a conclusion just before Christmas, having collected a great data set on biological carbon in the Ocean’s twilight zone.

I suppose we grammar curmudgeons will have to get used to this solecism, especially the one with “display,” because computer instructions are so common. But when you press Enter, the window doesn’t display, it appears!